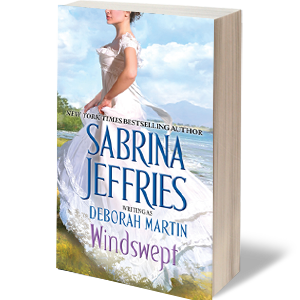 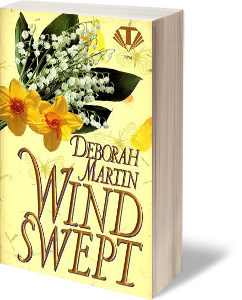 Catrin Price was called the Lady of the Mists, a legend of the Welsh countryside, a woman haunted by a death curse that doomed the man she married. The only way to break the spell was to buy back a Druid chalice that an ancestor sold long ago. But when Catrin redeemed it, she left a dead man behind her. Who would believe her innocent with the man’s treasure in her hands? Now she lived in fear of discovery, afraid to trust, afraid to give away her heart…

Evan Newcome came to Wales to find the mysterious woman seen with his murdered friend. En route, his breath quickened when a beautiful creature stepped from a misty lake. And the moment their eyes met, passion blazed. But when Evan’s dark past stepped between him and Catrin, a wall of mistrust was raised that only the magic of true love could lift… a true love that was all-consuming, all-powerful, all wonderful…

Catrin lifted her head, then her stomach lurched once more, forcing her to clap her hand over her mouth for fear she’d disgrace herself.

“I-I’ve never done this before,” she stammered into her skirts. What a coward he must think her. Grandmother would never have fainted. She would have cut Sir Huw into pieces with her sharp tongue, then had him thrown bodily out the door. “I’m not the f-fainting sort, truly I’m n-not.”

“Don’t worry about it.” His voice was kind as he stroked her back. “Under the right circumstances, anyone can get light-headed. Besides, you scarcely ate anything and you’ve been dancing on an empty stomach in a crowded room. It’s a wonder you didn’t faint before.”

She said nothing, but as she continued to breathe deeply and keep her head down, the fainting spell seemed to pass. Slowly she became aware of the chill in the air now that dusk was approaching.

Then other things caught her attention . . . Evan’s hand rubbing her back with soothing motions . . . his leg only inches from hers as he knelt on one knee at her side . . . his breath feathering her hair.

Her awkward position was becoming uncomfortable, too. Fortunately, this time when she tried to sit up, her stomach didn’t revolt. Yet he kept his hand on her back, his fingers still tracing circles on the silk of her gown while he watched her with obvious concern.

His kindness was too much to bear, especially after he’d been forced to subject himself to Sir Huw’s insults. “I’m sorry I put you in such an abominable position.”

How could he joke about what had just happened? “N-no, I mean—”

“I know what you mean. Forgive my jest, but I thought it might cheer you.”

“I can only imagine what you must think—”

He touched a finger to her lips. “I think you’re a woman unfairly maligned and little understood.”

His words only made her feel worse. After all, Willie’s death had indeed been partly her fault, since she was accursed. “How can you say that when you don’t even know me?”

When a tear trickled down her cheek, he rubbed it away with his thumb. Then he traced the rise of her cheek and the curve of her jaw until his thumb came to rest beneath her chin. “You’re right.” His voice grew husky. “I don’t know you well at all. Perhaps it’s time I remedy that.”

She met his gaze, and her mouth went dry. He looked at her as if he could fathom the depths of her soul. Suddenly she realized how close he was, how intimate his thumb beneath her chin, how vibrant and rich his eyes in the dying light. He was close enough for her to feel his warm breath quickening on her face.

He leaned forward to touch his lips to hers.

Other books in the Reworked Wales Series