Seduction on a Snowy Night 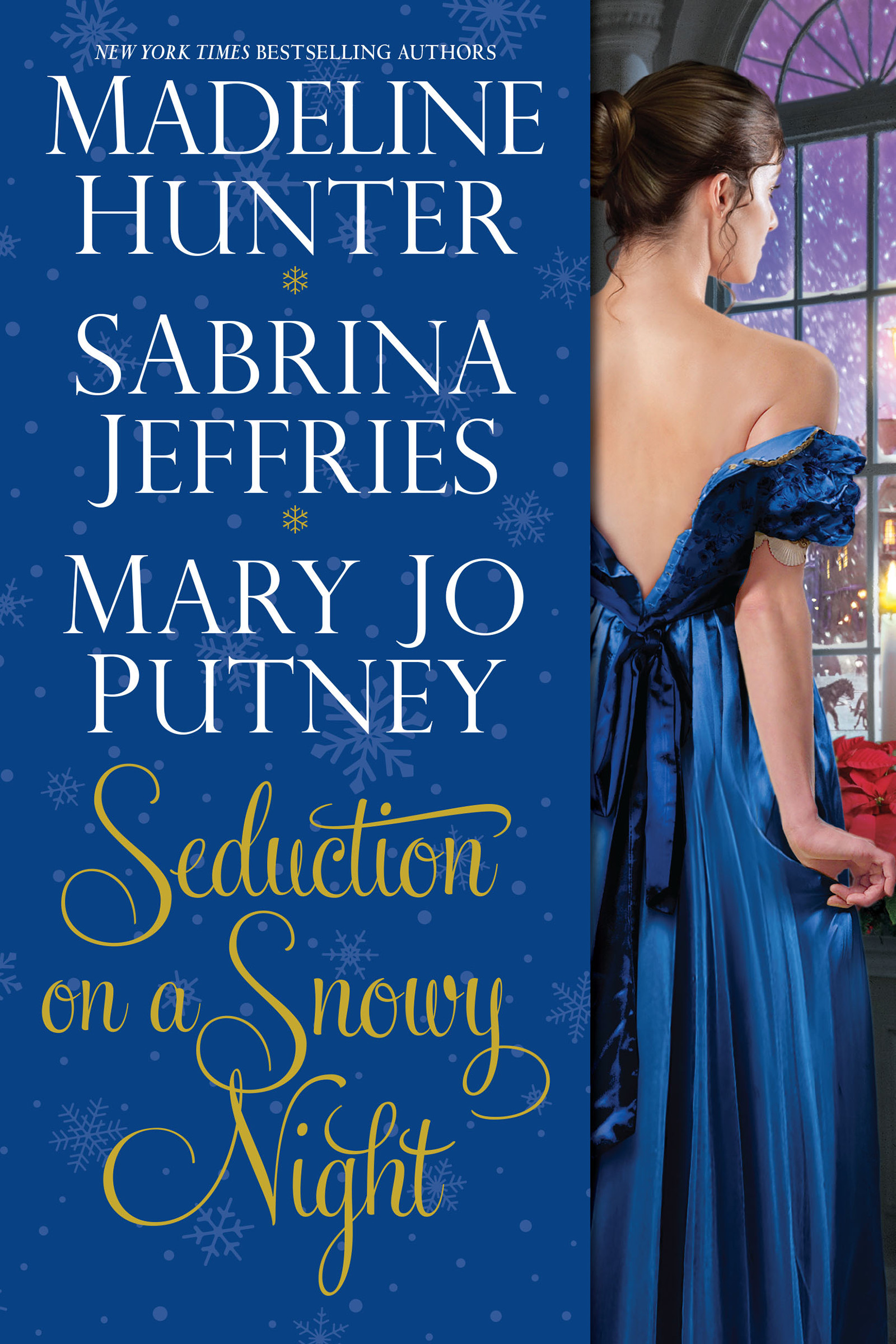 Seduction on a Snowy Night

This winter, steal away with the reigning queens of Regency Romance. . . plus one or two dukes, one heiress, and one headstrong beauty—to a surprise snow storm, the comfort of a blazing fire, and the heat of a lover’s kisses . . .

“Three beloved Regency romance authors join forces in this heartwarming holiday anthology….It’s clear that these historical romance dynamos know their craft and can make any dubious reader believe in a happily-ever-after.”–Kirkus Reviews

“These steamy short stories from three masters of the genre are perfect to recommend to readers even beyond the holiday season.”—Library Journal, starred review

The woman looked back into the ballroom, a frown forming on her smooth brow. Heywood followed her gaze. The crowd seemed to be thinning out, possibly going off to supper. Any minute now the lady would realize the impropriety of their private encounter. Then she would hasten inside and he would lose his opportunity to speak with her cousin.

“I’ll tell you my name if you answer one question, sir.” She stared him down. “Where were you and Douglas posted before Portugal?”

Ah. Not just pretty, but smart and cautious. “Hanover. Where we fought a battle at Munkaiser.”

When relief showed on her face, he let out a breath. “Dare I hope the interrogation is over?”

“How did you find us?” She smiled thinly. “That’s not part of any ‘interrogation,’ mind you. I’m just curious.”

“I followed the directions Douglas gave me to his home, and when I found no one there, the servants told me where you’d all gone.”

When she said nothing more, he quipped, “Should I keep calling you ‘madam’ or do you prefer to be addressed as ‘Miss Nickman’s cousin’?”

Right. Miss Nickman had mentioned Cass Isles in her delightful letters to Douglas. Those letters had made him long to meet Douglas’s sister.

“You know,” he said mockingly, “I have only your word for it that you’re Miss Isles. You could be leading me on. So now you must answer a question for me.”

She uttered an exasperated laugh. “Of course. Ask me whatever you like. I have no secrets. Indeed, I’m probably the dullest female you’ll ever meet.”

“Somehow I doubt that.” He sifted through the little he remembered about her. “Since Christmas is nearly here, tell me, what’s your favorite Christmas dessert?”

Not the answer he was expecting. “Syllabub is a drink, not a dessert.”

She tipped up her chin. “Anything with cream and sugar in it is a dessert.”

“Well, not coffee. Unless the coffee is in ice cream.”

He couldn’t resist teasing her again. “You have a complicated definition of dessert.”

“At least I don’t call mincemeat pie a dessert.” She made a face. “Beef suet, ugh.”

“Then you’re out of luck by coming to our neck of the woods at Christmastide. Everyone around here serves only plum pudding. Which you hate.”

He burst into laughter. “And you love. Only two people in England, other than my family, know I hate plum pudding—Miss Nickman and you.” He thrust out his hand. “You’ve met my challenge admirably. It’s a pleasure to meet you, Miss Isles.”

“Likewise, I’m sure,” she said, sounding breathless as she took his proffered hand.

The contact caught him off guard, made him wish she wasn’t wearing gloves. That he wasn’t either.

God, what was wrong with him? He was a practical man. Fetching as this chit might be, he couldn’t allow her to distract him from his purpose. He reluctantly released her hand. “You are not at all how I pictured you. The few times Miss Nickman wrote about her ‘older’ cousin, I imagined someone . . .”

“Spinsterish?” she asked with a decided edge to her voice.

“Exactly! It’s not a word in the least. I’m so pleased that you agree.”

“Good,” he said, her reaction bewildering him. If he’d learned anything from his own sister, it was that women did not like to be considered “spinsterish.” “I didn’t realize your cousin was describing a woman of your age. Which is . . .”

Younger than he’d thought, given her poise. “You’re just old enough to know your own mind and clever enough to question the claims of shabbily dressed strangers who accost you on terraces.”

That made her laugh, thank God.

Other books in the Duke Dynasty Series